Following the highly successful regulation of non-broadcast advertising in the UK since 1974 (via the ASA), the advertising industry sought to bring broadcast regulation with the ASA as well, following reviews by the newly formed Ofcom.

In 2004, this resulted in Parliament approving the delegation by Ofcom of the regulation of broadcast advertising to a new legal entity, the Advertising Standards Authority (Broadcast) Ltd (ASAB) – although the public understands, and recognises, the ‘ASA’ as regulating all advertising.

And basbof is an independent body, founded to handle the ASAB’s funding – ensuring their operational independence and impartiality. 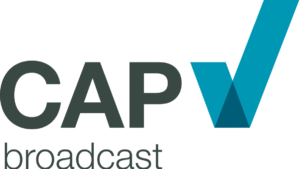 The levy is collected on our behalf by advertising agencies from their clients, applied to broadcast advertising spend at a rate of 0.1%, or £1 per £1,000.

In addition to raising the levy, the basbof board reviews and approves the budgets of the ASA(B) each year, and based on these, makes funding payments.

It also funds the Independent Reviewer, who considers appeals against ASA(B) decisions.

Read more on our impact
Our people

Stay up to date

To view the ASA's latest cases and adjudications, and understand the issues in advertising right now, please visit their site, or follow their Twitter feed.

Without trust a brand is just a product and its advertising is just noise.

All advertisers gain great benefit from advertising self-regulation, so it is vital that all share the cost, and pay the levy.

Consumer trust is crucial to brand value and so our value as an industry.